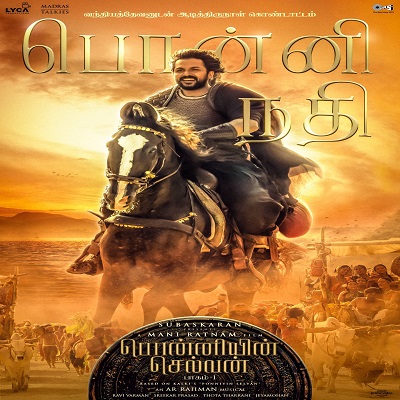 Dialogue: The wine, the song, the blood, and the war

It was the dram project of Mr.Mani Rathnam and it is an Tamil epic period drama film with most popular star casting . It was divided into 2 parts and the first part is all set to hit the screens on Sep 30th .This movie is based on Kalki Krishnamurthy’s novel from 29 October 1950 to 16 May 1954 and this was most awaited and expensive Indian films . This movie was Mr.Mani Rathnam 25 years dream project and now this was about to release in few months .The teaser launched few days ago that showed a glimpse of Cholas world which was stunning and a visual treat to the people . The trailer just showed a glimpse of important characters in the movie . Vikram was playing the role of Aditya karikalan and he carried a furious body language .the Vikram dialogue was famous “The wine, the song, the blood, and the war, everything is to forget her, to forget me,” and its shows the pain and anger”. Karthi is playing role of vandhiyathevan and perfect as a warrior . The beauty lied in the female leads Trisha and Aishwarya who made the frame even more beautiful and gorgeous . It was a delight to watch two beauty queens in one frame . The teaser showed us the atmosphere and attires and also revealed some main characters and at the end they showed the war sequence and its is expected to be the best war sequence in Indian cinema . the A.R.Rahaman music adds goosebumps to the movie. The whole teaser was breath takening . The movie is based on the epic period novel written by writer Kalki Krishnamurthy. The five-volume novel Ponniyin Selvan narrates the story of Arulmozhi Varman, who eventually became Rajaraja Chola 1. Adopting five-volume novels into a movie is not an easy thing to do. It is expected that Mani Ratnam will fulfil the essence that the novel has with his two-chapter Ponniyin Selavn. To get the theoretical experience of the films we have to wait till sep 30th .