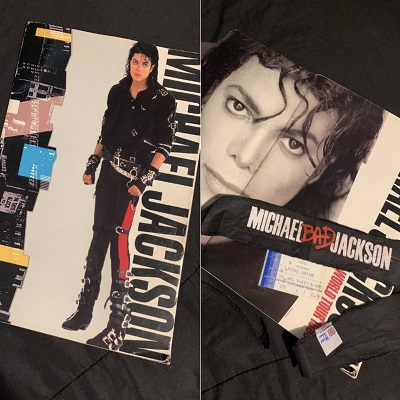 Michael Jackson was born in Gary, Indiana on August 29, 1958. Michael's father, Joe Jackson, worked as a crane operator at a steel mill. His mother, Katherine, took care of the family and sometimes took part time jobs. Both of Michael's parents loved music. His dad played guitar for an R & B band and his mother sang and played the piano. Growing up, all of the Jackson children were encouraged to study music. Michael grew up in a large family. Michael was the third youngest. The Jacksons were fairly poor and lived in a small house with just two bedrooms for eleven people.

A Young Singer
The three older brothers (Jackie, Tito, and Jermaine) formed a band called the Jackson Brothers. Michael and his brother Marlon joined the band in 1964. Soon, the family realized that Michael was a gifted singer and dancer. At just eight years old, Michael began to sing lead vocals along with his older brother Jermaine.

The Jackson 5
Joe Jackson realized that his children were very talented. He felt that they could become successful in music. They changed the name of the band to the Jackson 5 and began playing all around town. Then they began touring the Midwest where they played in bars and clubs. They won several talent shows and began to gain a name for themselves. In 1968, the Jackson 5 signed a record contract with Motown Records. Their first album, Diana Ross Presents the Jackson 5, reached #1 on the R & B chart and #5 on the Pop Albums Chart. Michael sang lead vocals on their first single, "I Want You Back", which hit number 1 on the Billboard Hot 100.

Fame
The Jackson 5 continued to have success. They released more number one singles like "ABC", "I'll Be There", and "The Love You Save." As the lead singer, Michael was becoming very famous. He couldn't go to school because he would be mobbed by fans, so he was taught by private tutors in between rehearsals and concerts. Michael was just a kid when all this happened. He didn't get to play with other kids his age and later felt like he missed out on having a childhood.

Michael Begins a Solo Career
While still singing with the Jackson 5, Michael had a number of solo albums. At first his solo career didn't take off, but he did have a few hit songs including "Ben" and "Got to Be There." However, in 1978 Michael met music producer Quincy Jones while working on the set of the movie The Wiz. He broke away from the family band and worked on his first "grown up" album. In 1979, Michael released the album Off the Wall. It was a huge hit and had four top ten songs including the number one singles "Rock with You" and "Don't Stop 'til You Get Enough." Michael was now one of the biggest stars in music.

Thriller
Michael wanted to follow up Off the Wall with an even bigger album. This was going to be quite the task. He worked with Quincy Jones again and in late 1982 released the album Thriller. The album was a huge success. It had seven top ten singles and won eight Grammy awards. Eventually, Thriller would become the best selling album of all time. Michael had now become the biggest star in the music industry.In addition to the music on Thriller, Michael also broke new ground with his music videos. Up until that time, most music videos just showed the band or singer performing the song. Michael wanted to create a story with his videos. These new types of music videos became very popular and changed the waymusic videos were made. The most famous of his videos was a 13 minute long video for the album's title song Thriller. It was later voted as the most influential music video of all time.

Later Career
Although Michael's career peaked with the Thriller album, he released several more successful albums including Bad (1987), Dangerous (1991), HIStory: Past, Present and Future, Book I (1995), and Invincible (2001).

Changing Appearance
Michael was also famous for changing his appearance. Over the years his nose became thinner, his face changed shape, and his skin tone became lighter. Some people think that he did not like his appearance because of his abuse from his father at a young age. There is also some debate as to how his skin tone changed. Regardless, he looked considerably different as the years passed.

Death
Michael died of a heart attack on June 25, 2009. He was fifty years old. The heart attack was likelycaused by drugs he was taking to help him sleep.